Showing posts from February, 2013
Show all

Hook, Line and Sinker: Reality TV and Its Impact in Our Culture 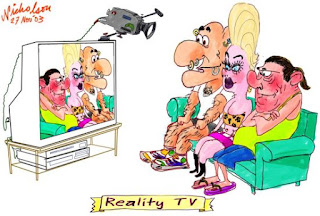 I was a big fan of MTV’s The Real World throughout my teenage years and into adulthood. The show’s intro “Seven strangers, picked to live in a loft and have their lives taped,” was my cache phrase. MTV had me and millions of other young people hook, line and sinker. I religiously tuned in every week for about seven seasons. The show was a hit and has spawned a plethora of knock-offs. More than 15 years later, media and entertainment companies find that reality TV programming still garners viewers and is very profitable. You can find reality TV shows on both network and cable television. Popular reality shows in 2012 included Here Comes Honey Boo Boo , American Idol , Love and Hip-Hop (Atlanta) , The Voice , Deadliest Catch , Keeping up with the Kardashians , Mob Wives and Real Housewives . The dominating force reality TV has in the lives of many Americans is as real as the shows are popular. How did we get here and is our culture better or worse off as a result of it
20 comments
Read more 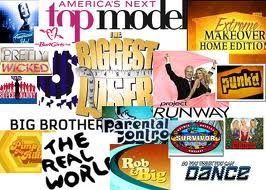 How many of you watch reality TV? I find people either love it or hate it. I think I'm somewhere in the middle. As part of a media literacy course I'm taking, I was tasked with developing an outreach project that identified a media literacy theme to present on. I selected reality TV as my topic. I love drama and these days you can find a lot of it on reality television. I have an ask of each of you. Here goes. Check out my multimedia presentation in Prezi , Hook, Line and Sinker: Reality TV and its Cultural Impact and let me know what you think. Now that we are inundated with reality TV shows, is our culture better or worse off as a result of it? What do you think? I'm looking forward to your comments. As part of this outreach project I also wrote an essay that goes more in-depth on the topic. Stay tuned and thanks in advance for your participation.
Post a Comment
Read more

Aereo: Positioned to be a Game Changer in Television 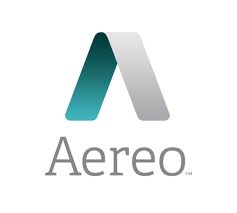 I was driving into work listening to Morning Edition on NPR like I usually do. I heard a story about a company called Aereo that peaked my interest. So today's rant, I mean blog post will focus on cable television and what may be a game changer in the industry.  I don't know about the rest of you, but I despise having a cable bill. I hate the fact that my only options are to go with the provider that serves my town or subscribe to Direct TV or The Dish. Sorry, but I refuse to have those satellites hanging off of my roof or screwed into my siding. Outside of the aesthetics  my main issue is that as consumers we don't have choice. My cable bill is close to 100 dollars a month (and that's with bundling my Internet and no extras like HBO or Showtime). I know I don't watch one-third of the channels I have. Do you? For years I've wondered why I can't customize my cable and pay for the channels I actually want. Doesn't sound right to me.  Well, a gro
2 comments
Read more

Quarter Year Dilemmas: The Next Chapter 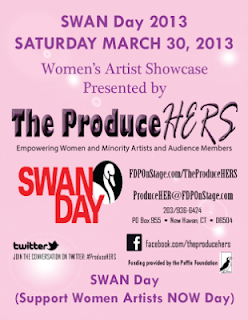 Happy President's Day! I'm looking forward to today's blog post because it's been a while since I've blogged in depth about Quarter Year Dilemmas (QYD), the one-act play I wrote which has also been the premiere production focus for The ProduceHERS . Back in November of 2012, The ProduceHERS hosted a Women's Artist Series that featured a staged reading with excerpted scenes from QYD, Anne Witkavitch , author of  Press Pause Moments , a poignant and powerful collection of essays on life transitions written by women and a striking international photo presentation from Dana Astmann.  Thus far, the readings of QYD have received good audience engagement and reception, however, I want to enhance the story so that it has a more universal appeal outside of women in their mid-twenties. I'm not sure how to get there from here. As the playwright, my primary concern is getting the story to be the best it can be. Writing is rewriting. It's a process that feel
Post a Comment
Read more

End of the Week Reflection 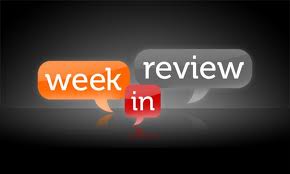 This week started out draggy. Was it because of the Superbowl on Sunday night? Maybe a little, but the truth is I haven't been getting enough sleep across the board. I just can't blame the Superbowl. It also didn't help that I was also getting freaked out about deadlines for my media literacy course assignments. By mid-week my outlook began to change.  I ended up getting my discussion posts up early and caught up on my PowerPoint presentation. I was ready to go into the weekend feeling slightly ahead, but on Thursday night, I was driving home from work, northbound on interstate 95, when I was hit from behind. It was stop and go traffic and as I was getting ready to go, BAM! Lucky for me it sounded worse than it was, but I'm still going to need a new bumper.  At the crash I was running through a bunch of emotions. I was on my way to dinner with former friends from Casey and I wasn't sure if I was going to make it. Luckily, the state trooper got to us within 15 t
44 comments
Read more
More posts