Showing posts from January, 2011
Show all

Not Me This Time

January 26, 2011
Hello all. I don't know about the rest of you, but I am sure ready for winter to be over. I've had enough of the white stuff. Rather than write an entry about where I'm at (hint, hint), I thought I use this entry to support a fellow artist. An acting colleague of mine name Cinti is taking the bull by the horns and raising funds via Kickstarter to Bring the Music to you. Kickstarter is a new way for filmmakers, producers, and artists to fund creative ideas and ambitious endeavors. Bring the Musi c is a live weekly comedy, variety, stand-up competition she created in 1999 and hosted in Manhattan for two consecutive years through 2001.  Cinti initially pitch her idea to the Oprah Winfrey Network in Oprah's OWN TV show competition. Although she was not selected, she's not giving up on her idea and dream. I know what that is like. It's not enough to have an idea, an individual has to have the passion to pursue it and needs the support of others. We all have a
1 comment
Read more 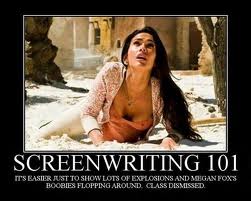 ﻿﻿ This caption echoes how I feel at times. ﻿﻿ Hello all, It has been 10 days since my last entry and although I've got 2011 off with a positive enthusiasm, I actually haven written a word for an old or new screenplay. I'm not proud or pleased to report that. I'm actually disappointed in myself. The one thing I can say is that what I write or don't write falls on me. Since the new year began I've been focused on spec ideas for the Nickelodeon Fellowship, www.nickwriting.com/ . The deadline for applications is February 28, 2011 and that is just around the corner. I picked three shows to watch and have read their synopses on Wikipedia, but after watching the first season of one show, I wonder if I have the chops to write in that style. Comedy isn't my area of expertise, but for this fellowship I need to be able to demonstrate some skill in this area. The night before last, I voiced my struggle with my husband and even mentioned an idea I have for the sho
5 comments
Read more 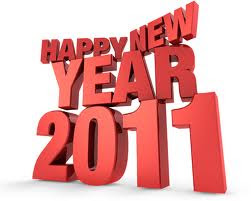 Happy New Year everyone. I hope all of you have recovered from your New Year's Eve hangovers. For those of you who didn't drink or over indulge in libations, you are already off to a good start. With a new year people all over the globe are hyped about their new year resolutions. It's time to start over, start fresh, and give 2011 all you've got. The shame is that this invigorating attitude tends not to last. It is gone for most people by March. Come June, people are figuring out how they can make it through the rest of the year. And then by December, everyone is ready to close the door and start it all over again. It becomes a never ending cycle. I'm ready to break that chain. In previous blogs I've mentioned that I've felt both professional and personal growth over the last couple of year. Well, I'm ready to step up my game and get to that next level. In the past, I've said that I've wanted to get an agent, get accepted into a writing fello
4 comments
Read more
More posts