Showing posts from April, 2018
Show all

Undoing racial bias won’t happen with one training, it’s a lifetime of work 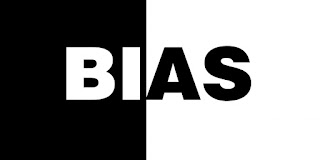 I was either four or five when I was first called a nigger. I was outside playing in my front yard when a car drove by and a male passenger yelled the word from the car window quickly followed by a glass bottle that smashed on the concrete. Lucky for me I wasn’t hurt. Confused but not hurt. When I was in kindergarten I quickly learned our head teacher preferred the white kids to the black and brown ones in her class. To her I was a problem student. She even recommended to my mom I should be transferred to a class for kids who have learning disabilities. Lucky for me I had a mom who challenged the recommendation and had me tested. I didn’t have a learning disability, I was hyperactive. When I was 13, my mom bought her first home in the east end section of a neighborhood in Waterbury. I think we may have been one of the first black families to move into this area. This was in the early 90s. I remember being followed by a police car as I walked all the way to a friend
Post a Comment
Read more
More posts