Showing posts from February, 2010
Show all

February 23, 2010
Media Advisory For Immediate Release Waterbury, CT Screenwriter to be Honored with the Sir Edmond Hillary Award at the 2010 Mountain Film Festival Awards Ceremony February 19, 2010, WATERBURY, CT – Aaliyah Miller, a life-long Waterbury, CT resident will receive the Sir Edmond Hillary Award for her screenplay, Finding Patience. The screenplay follows Hatima Miles, an edgy, tenacious public defender, who becomes her most challenging case when she searches for the foster sister from whom she was separated in childhood. “I’m ecstatic about receiving this award. I consider it a validation of my work as a screenwriter,” says Miller. Aaliyah will receive the honor at The 2010 Mountain Film Festival being held on February 26, 2010 in Mammoth Lakes, California. The event will be held at the Westin Monache Resort. Awards are presented in all the main categories along with cash prizes for top films and filmmakers. The Mountain Film Festival truly celebrates and honors the indie film
3 comments
Read more

The Kent Film Festival: My Sundance 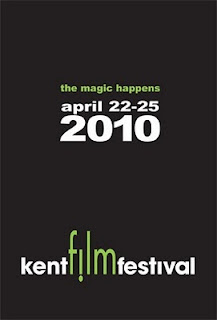 A couple of weeks ago, I was in the Barnes and Nobles in Waterbury, trying to crank out an outline for my spec script. In the midst of my mind block I get a call. I look at that phone and don't  recognize the number so I let it got to my voice mail. The phone rings again and this time I decide to answer it. It was a  good thing I did, on the other end of the phone was a coordinator from the Kent Film Festival, http://www.kentfilmfestival.org/about.html , congratulating me on my acceptance into the festival. It took a couple of seconds for it to register and for me to respond to the good news. But once I realized his call was for real I was elated (it was a kodak moment). Since I let so much time pass between that phone call and this entry, I cannot remember the man's name who called, but I do remember him telling me that he likes to personally call accepted filmmakers when he likes their film. My reply to him was, "You made my night." He really did. The last few wee
4 comments
Read more
More posts