Showing posts from July, 2011
Show all

It's official, I'm Going to Gonzaga

Education is more than a luxury; it is a responsibility that society owes to itself.--Robin Cook Last week, I shared news with my social networks via twitter, facebook, and now Google+ that I was accepted to Gonzaga University's masters program in Communication and Leadership. It's time for me to blog about it. Looks like I'm going to be a bulldog yet again in my life. I was thrilled when I received the call from Jeff Wadley, program manager at Gonzaga University's , School of Professional Studies. Jeff has assisted me throughout my application process and he and his team are awesome. After he told me the good news and I told him how thrilled I was, I took a pause because the real work to prepare to go back to school now begins. I've been down this road before and I know what it entails. I can't believe it has been two years since I graduated from Western Connecticut State University's Master of Fine Arts Creative and Professional Writing program . Li
2 comments
Read more 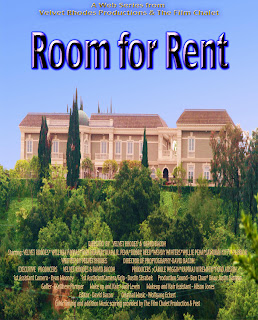 Official Poster This month I'm pleased to highlight Velvet Rhodes, a very talented screenwriter, producer, and actor. She's a triple threat who has a passion for screenwriting and filmmaking.  Next week, her webisode series Room for Rent will be screened at the 2011 Action on Film International Film Festival in Pasadena, California. Room for Rent also won 'Best Dialogue' for a short screenplay at the 2010 Action on Film Screenwriting Competition. Bio: Velvet Rhodes is an actress who hails from London, England. Beginning her career in music playing and singing alternative rock music in several bands and then going onto theatre in London, England. As well as music, film and writing, she is an avid painter of fine oil paintings. Acting since the age of 3, acting is her passion and film making is her joy. She recently starred in and produced The Purple Zone , wrote, directed, produced and starred in The Cell Phone and now is in pre-production for Ticket to Ride . S
10 comments
Read more

Ready for the Final Potter Film, But Not in 3-D 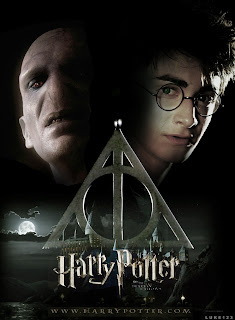 I've been in Baltimore all week. It's been a long week for me. Finally heading home tomorrow. YEAH! I'm looking forward to being home this weekend. I miss my husband and the activities that usually make up my at at home routine. I'm also ready to see J.K. Rowlings' final Potter film, Harry Potter and the Deathly Hallows part two . It's still hard for me to digest that this is the last one. I've really enjoyed the series. The last film has probably been on my mind for about a month. Last week, the hubby and I talked about going to the screening at midnight. I was ready to be a part of Harry Potter mania until I remembered I wasn't going to be home. I will still be part of the mania in my own way. Karim and I will see it on Friday night when I get back in town. I'm counting the hours. We decided not to see it in 3-D. Karim is not a fan of Hollywood's gimmick to get people back into the theaters and neither am I. I'm sure you noticed that pr
1 comment
Read more
More posts